I am a Colorist Artist, but what does that mean?

What does colorist mean? There are many ways to classify an artist. But not many people know it can be by the artist’s capability in the use of color.

If you want to look up the dictionary for the general colorist definition, check out this link: https://www.dictionary.com/browse/colorist

However, I am here to explain how that comes to be in the art world.

The first question most people ask an artist is: what kind of art do you do? One can answer by explaining the medium, technique and what style is used. Rarely you hear people classify an artist as a colorist.

We have some amazing colorists in history. Amongst them are Henri Matisse, Pierre Bonnard, and Paul Gaugin.

So, let’s talk about the history of colorists. For that, we need to go back to the impressionist movement.

“Impressionism was a radical art movement that began in the late 1800s, centered primarily around Parisian painters. Impressionists rebelled against classical subject matter and embraced modernity, desiring to create works that reflected the world in which they lived. Uniting them was a focus on how light could define a moment in time, with color providing definition instead of black lines.” -from History.com

This movement gave rise to a new wave of artists, whose main preoccupation was with the way color was used to create paintings. Artists such as Bonnard, Gauguin, and Picasso were interested in the relationship between colors. They produced images that created mood, drama, and intensity by optimizing the effect colors had on each other.

“The roots of the German Expressionist school lay in the works of Vincent van Gogh, Edvard Munch, and James Ensor, each of whom in the period 1885–1900 evolved a highly personal painting style. These artists used the expressive possibilities of colour and line to explore dramatic and emotion-laden themes, to convey the qualities of fear, horror, and the grotesque, or simply to celebrate nature with hallucinatory intensity. They broke away from the literal representation of nature in order to express more subjective outlooks or states of mind.” -from Encyclopaedia Britannica

When I first started as a student in 2001 at the Art Students League in NYC, I was very interested in The Fauves movement. That really inspired my early works. Their strong use of colors was truly a motivation for how I came to use it in my paintings.

Vincent Van Gogh has influenced me tremendously. In the book “Letters to Theo”, I was impressed with Van Gogh’s vast understanding of color and how he would see the seasons affecting the atmosphere and therefore, the colors in the landscape. Do read the book! It is an amazing understanding of his creative mind.

In the early 1900s artists used a heightened sense of color to express a strong emotional response to nature. These painters were called “fauves,” or wild beasts. While Fauvism as a style began around 1904 and continued beyond 1910, the movement as such lasted only a few years, 1905–1908, and had three exhibitions. The leaders of the movement were André Derain and Henri Matisse.

Henri Matisse once stated that the chief function of color should be to serve expression, helping to express light from the artist’s brain, and not from the physical phenomenon.

“In the 1940s and ’50s in NYC, NY a style of painting emerged known as “Color Field” painting. This style is characterized primarily by large fields of flat, solid color spread across or stained into the canvas. In this movement, the color becomes the subject in itself.

The leading pioneers of this movement were Helen Frankenthaler, Barnett Newman, Mark Rothko, and Clyfford Still.

Rothko considered color to be an instrument that served a greater purpose which was to evoke our most basic emotions. Each of Rothko’s works was intended to evoke different meanings depending on the viewer. He achieved resonance through the use of layering colors.” -from the healing power of art

You can now see that several movements were focused on the use of colors. We can say that colorists looked at the color balance and color contrast in a particular scene and how the color affected not only the image but how it affected the story behind the image. Instead of working with tones light and shade, they began to use color instinctively to produce works which became more abstract in form and which relied on the placement of color, hue, and saturation to impart a fresh angle into image-making.

For example, Picasso’s blue period in the first few years of the twentieth century. Picasso’s blue period lasted three years (1901-1904), and it is said to have been his way of expressing his depression following the tragic suicide of his friend Carlos Casagemas. It was a tremendous loss for the artist who changed from his typical gregarious personality to one who sank into a period of despair and recluse.

The Old Guitarist is his most well-known work from this period is which depicts an old beggar in torn clothing, playing the streets of Barcelona, Spain. Picasso’s “Blue Series” series demonstrates how the color blue could propel the viewer into a state of gloom and melancholy.

Colors are an extremely important tool for artists to express themselves, their beliefs, carry a message and transform viewers intellectually and emotionally.

Claude Monet said, “Color is my day-long obsession, joy, and torment.” The artist repeatedly painted the same subject at different times of the day and in different weather conditions. His paintings are excellent examples of how light affects color on subjects. He reworked them in his studio, as he explored myriad examples of colors and moods.

As an artist, we make use of the color wheel to create an endless variety of moods and expressions. To achieve good results, we must have a solid understanding of analogous and complementary colors.

The colors that are close together on the color wheel are called analogous colors and they can be used to create a sense of calm.

The colors across from each other are the complementary colors, and when you place them near each other you will make them seem more intense.

There is so much knowledge and dedication to understanding colors, however, at the end of the day, I always trust my instincts to create my paintings. You can study forever but the best tool you will ever have is your creativity.

trying to figure it out, just so it can be let go off. View all posts by Fer

One thought on “I am a Colorist Artist, but what does that mean?” 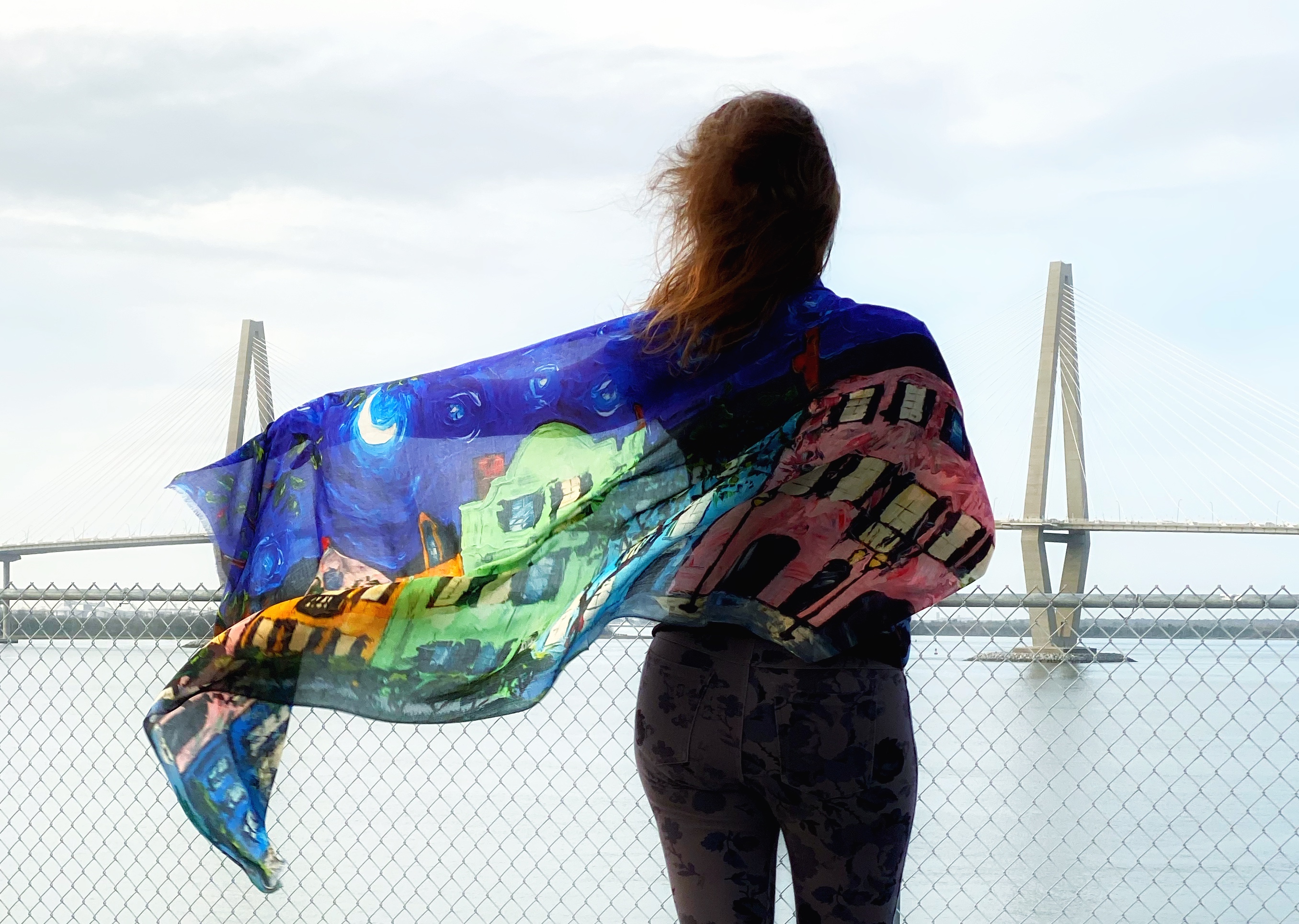 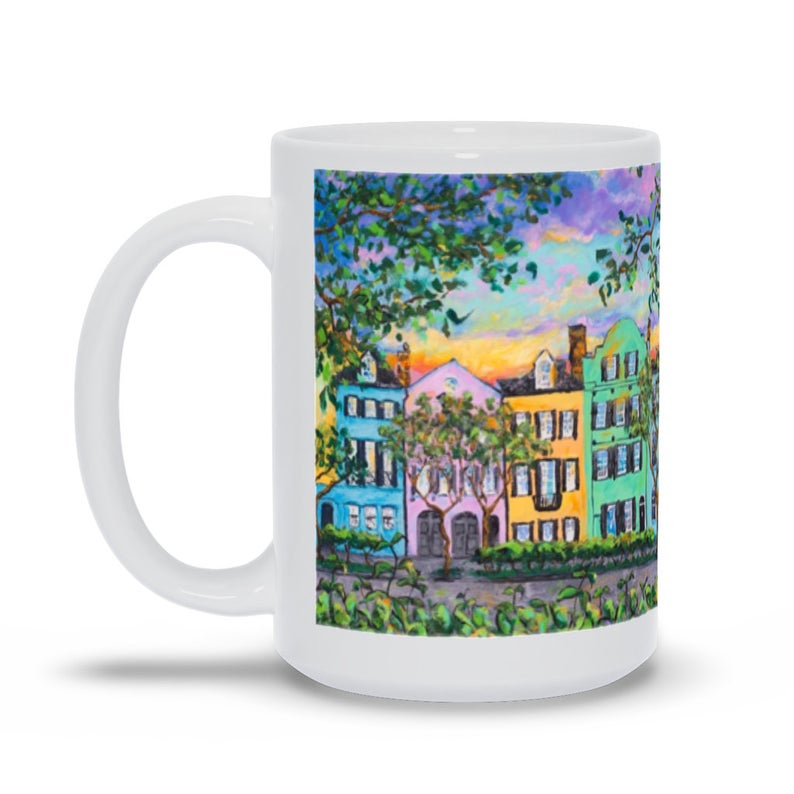